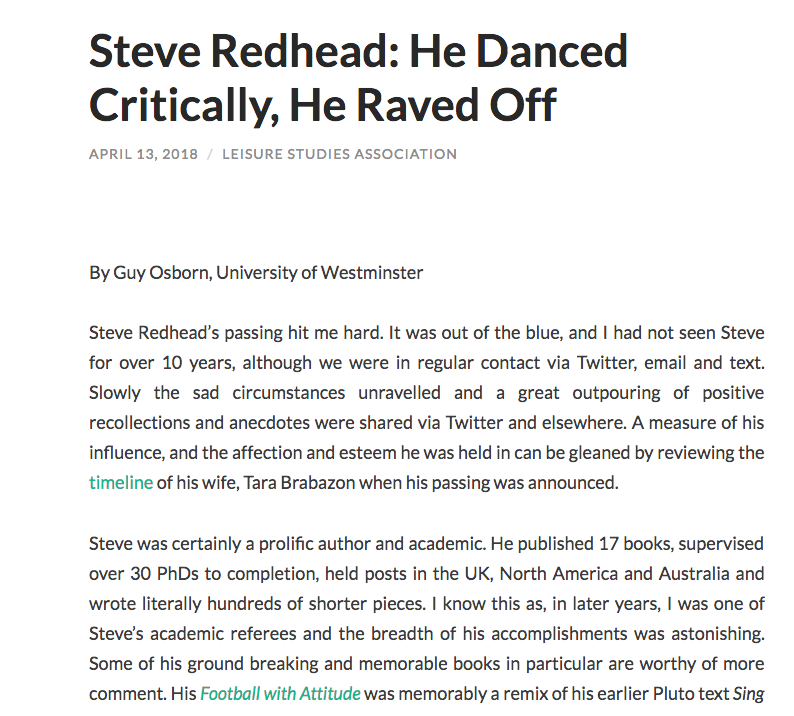 The ESLJ’s editors were dismayed to hear of the passing of advisory board member Steve Redhead, a founding member of the Journal’s editorial board and a key figure in numerous fields that the journal has covered over the years. Yet his legacy is to be celebrated.

Entertainment and Sports Law Journal editor Professor Guy Osborn’s eloquent tribute to Steve (‘He Danced Critically, He Raved Off) can be found on the Leisure Studies Association blog.

Steve’s contribution to ESLJ can in no measure be fully reflected here but below are the articles he wrote or were written about his work in ESLJ.