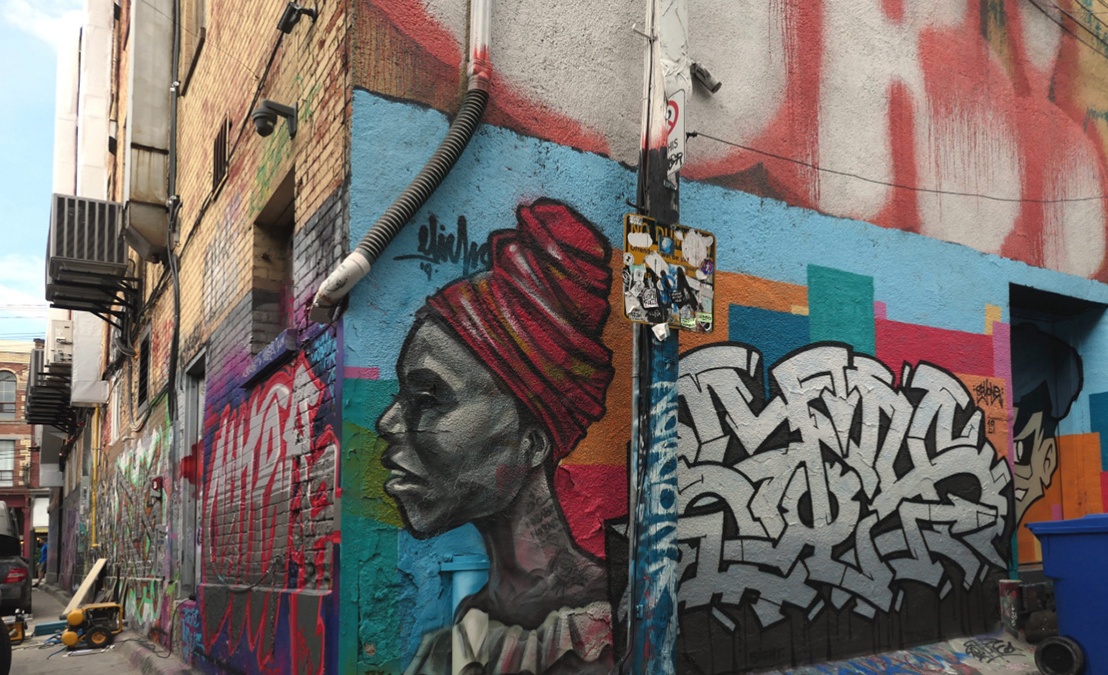 Inspired by panel discussions at the Cultural Studies Association of 2019 in New Orleans regarding publishing experiences of early career researchers, Andrew Lockett, Press Manager of the University of Westminster Press asked CSA President Toby Miller for his thoughts on the topic.

Toby Miller is Stuart Hall Professor of Cultural Studies, Universidad Autónoma Metropolitana—Cuajimalpa and Research Professor of the Graduate Division, University of California, Riverside. Prior to Riverside, he was a Professor at New York University for eleven years. The author and editor of over forty books, his work has been translated into Spanish, Chinese, Portuguese, Japanese, Turkish, German, Italian, Farsi, French, Urdu, and Swedish. His most recent volumes are How Green is Your Smartphone? (co-authored, 2020), El Trabajo Cultural (2018), Greenwashing Culture (2018), Greenwashing Sport (2018), The Routledge Companion to Global Cultural Policy (co-edited, 2018), Global Media Studies (co-authored, 2015), The Routledge Companion to Global Popular Culture (edited, 2015), Greening the Media (co-authored, 2012) and Blow Up the Humanities (2012). The Persistence of Violence: Colombian Popular Culture (2020) is in press. He is President of the Cultural Studies Association (US). Toby can be contacted at tobym69@icloud.com and his adventures scrutinized at www.tobymiller.org. Andrew Lockett prior to working at University of Westminster Press, has worked at BFI Publishing, Oxford University Press and Routledge and in trade publishing in a variety of editorial and management roles.

AL: A great pleasure to talk in New Orleans and now digitally. Can I ask whether you think (and lets predate this to before COVID-19 to simplify) whether you feel the current publishing environment is uniquely difficult for early career researchers in Cultural Studies. Why might that be so?

TM: I think it is complicated because of several factors. First, in the English language Cultural Studies never succeeded—rarely tried to succeed—as an undergraduate major, the critical pathway to parthenogenesis and recognition. Its publishing salad days derived from its uptake by US literary studies and British media studies, both of which had solid undergraduate channels—at one time! So the exciting early days of self-publishing, followed by an uptake by for-profit houses and university presses, and so on did not lead to a welter of impact beyond grad school. Second, in other major sites, where Cultural Studies existed before it did in that Anglo world, such as Latin America, people did not publish in English and were rarely translated. Nowadays, everyone there is under pressure to publish in English, which is weakening the field and sliding the outcome into the world of mindless grant-getting and evaluation that scars UK higher education, for example. So if you’re a really radical Cultural Studies person, publishing in or beyond English, the prospects are not as they once were.

AL: One senior scholar made the argument that Cultural Studies has always felt embattled and that it was tough back in the day to find secure employment and will continue to be so within a university system that has yet to really institutionalise Cultural Studies in its structures: in many disciplines its presence is felt but with no power base as such in many universities. But it feels the casualisation of academic labour is of a different order taking us beyond that. Publishing in this context can feel like an additional chore on top of everything else, notably teaching. What encouragement do you find to counter these gloomy views?

TM: People who elude the granting world of obeisance to state and capital still do great work; Cultural Studies continues to appeal to those traditionally excluded from academic circles and who wish to become subjects as well as objects of knowledge; there are still interesting pockets in the Anglo countries, though diminishingly so; and loads of interesting material emanates from Hong Kong, India, Mexico, Singapore, and Colombia. The tired struggle between political economy, ethnography, and textual analysis has largely been resolved—do all three or you’re not doing interesting things; but few actually manage that.

AL: Hierarchies and league tables are everywhere in Higher Education and journals are ‘ranked’ often by systems and managers who are not familiar with every discipline. Many journals pride themselves on rejection rates, yet the economics of publishing favour journals who publish a lot. These are some issues I see but what advice would you offer ECRs in considering which journals to publish in? And if the top journals seem out of reach for whatever reason, how important is to publish per se, and how important to hold back and not rush ahead for the speediest solution?

TM: I think it is ill-advised to follow the logics of states, which dominate these things, because they are creatures of fashion and illogic. The best guide is this: (1) do at least the minimum to satisfy your immediate bosses (2) do at least the minimum to satisfy the state (3) understanding that what both those hegemons announce as essential may be irrelevant in their or their successors’ eyes two minutes or years later (4) do what the discipline where you are likely to find or continue employment and your favourite writers do; and (5) never allow any of the first two points in particular to overdetermine things, most importantly, your passion and what made you become an academic in the first place.

AL: Cultural Studies generally prides itself on inclusiveness, diversity and anti-elitism, yet many ECR’s feel they have not choice for career reasons to play the prestige game when it comes to publishing. Would you advise looking at working with major university presses and nimbler commercial outfits to spread the risk and reach different audiences? Or is it best to go for the bigger fish and (in some cases) their greater capacity to reach readers and impress on CVs?  What about textbooks, that seem not to get in the UK system any official recognition via funding or normal promotional criteria; should an ECR without a permanent post allow any time for writing a teaching text (short or long) with time at such a premium?

TM: See my answer above, really. Challenge the idea that textbooks and research monographs are entirely separate (think of and cite the old ‘Critical Accents’ series from Methuen) but if forced to write things with essay questions etc included, don’t bother to include original research. Regarding journals, get your senior faculty to challenge lists and rankings, form solidarity groupings across your country against that, and cite instances where such rankings nonsense has flopped and been dropped (such as Cultural Studies in the Research Excellence Framework of the UK and Australia’s Research Council).

AL: A thesis remains a prime manifestation of intellectual labour for any young scholar but the steps to publishing a book based on one can seem for some as tortuous as the thesis completion itself. Is it sometimes best to move on would you say?

TM: This depends a lot on two factors—the first is tenure, and in the US humanities, a Research One school generally still requires the publication of a monograph; the second is the market. Too many books on too many trivial topics are produced, for which publishers have my sympathy. That will end.

AL: I was struck in New Orleans by the power some in the discussions felt was wielded by publishers with little alternative to waiting very long intervals for decisions sometimes rather arbitrary seeming. Do you think multiple submission of a book title is a reasonable thing for an ECR to do? And to chase editors if delays seem too long even though the fear is that this will rile or discourage editors from accepting a title when so many other submissions are under consideration?

TM: Yes, I do. Multiple submission of mss was once essentially banned, but now that only really applies with journal articles.

AL: In certain contexts I have argued for the inevitability of some self publishing options being needed in the humanities (Lockett 2018 ‘Monographs on the Move’) in part to come to terms with a perceived declining library market and in part to open out the work of Cultural studies to wider audiences from other disciplines and the wider public. Do you have any hopes for DIY initiatives, self-publishing or wider structures that could support a public commons for publishing in the progressive humanities?

TM: Yes, and people need start-up packages from schools to assist with that, from printing enough copies for your loved ones and tenure committees to providing proper editing and distribution on line on a not-for-profit basis.

AL: Is the CSA able to look at initiatives of its own in advising ECR’s on publishing or offering support for other key elements in early career stages beyond that excellent panel in New Orleans 2019?

TM: We are a relatively small, artisanal body. We often have workshops for job seekers at our conferences and also have ongoing working groups covering particular fields of endeavor plus lots of people ask for and give advice, but this is not done at the level of larger entities.

AL: What does interdisciplinarity mean in 2020? And in publishing specifically?

TM: It means doing more than drawing on other humanities people to make your point—it means welding science, the social sciences, and the humanities together, through auto-didacticism and collaboration. It means looking to publish in three venues: one’s disciplinary housing; social-movement spheres; and the bourgeois media.

AL: One last question. Over the time we’ve known each other you have added Spanish to your intellectual armoury. This I imagine has been the work of many years: would you outline some of the benefits for you as a scholar in terms of collaboration and enlarging your understanding of key research fields such as television studies or the media and the environment?

TM: I went to language school for a week many years ago and had the benefit of many hours of people patiently speaking to me while I floundered, but most of my learning was done in the street or by the hearth rather than in the classroom or language laboratory. I have been fortunate to meet numerous open-hearted and brilliant researchers across the Americas whose example has taken me beyond many assumptions that come from my time in the Anglo world. Because it’s hard to survive on a salary here, people often hold multiple jobs, run not-for-profits, write for money, and so on; they blend things in forms that traditional norms eschew; and they keep mixing the social sciences and humanities in ways that the Global North claims to do, but fails to do very fully.

AL: Speaking of Latin America I can’t forgo mentioning that many of us in the Global North only recently became fully aware that the continent has led the way in Open Access for many years with open, simple but effective public infrastructures such as SciELO, CLASCO, Redalyc and AmeliCA(1) . And that I’ve seen some signs in our longstanding media journal Westminster Papers in Communication and Culture from contributors in the region citing interesting theory that should probably be better known in the North. It might be nice for you to sign off by suggesting a few writers or publications from Latin America you think today’s ECR’s and older scholars in Cultural Studies should be paying attention to but maybe aren’t yet. What or who do you recommend first?